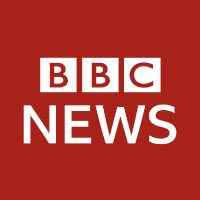 Nelson Institute Dean Paul Robbins’ research on lawns was featured in a recently published BBC article, “Why Lawns May Have Had Their Day.” The article shares research and perspectives on the historical, environmental and health risks, economics, and ecological impact of maintaining a lawn.

The article references information from Robbins’ book, Lawn People: How Grasses, Weeds, and Chemicals Make Us Who We Are, which includes an investigation into the ecological, economic, and social context that drives lawn care in the United States. In a 2001 study, Robbins found that those who use pesticides on their lawns tend to be more educated, have higher incomes and are more likely than non-pesticide users to recognize the environmental damage of their actions. In addition to leading national studies of consumer chemical risk behavior, Robbins research also addresses conservation conflicts, urban ecology, and environment and health interactions

Among Robbins’ comments for the story, he noted the increase in the number of requests he receives to speak on this topic may indicate that lawns may now be controlling us.

The article is part of the BBC’s 21st Century Gardening series—that takes a look at its future in the 21st Century – and explores how it can be updated to fit with modern sensibilities and challenges, such as environmental awareness and pollution. Read more.