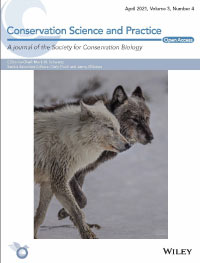 Nelson Institute Dean Paul Robbins has joined a group of biologists, conservationists, and thought leaders in supporting Intended Consequences, a statement, a special issue of Conservation Science and Practice, and framework for confidently tackling the world’s most urgent conservation problems.

Intended Consequences is the culmination of a workshop led by the non-profit organization Revive and Restore, where leaders discussed the need to utilize innovative methods of biotechnology to intentionally restore genetic diversity. Current examples of this successful work include the cloning of the black-footed ferret and genetic work to help the American chestnut fight fungal blight that has killed an estimated four billion American chestnut trees.

“To make this work—to save critically endangered species using the powerful tools we are crafting—means not just that we make the case for proactive and innovative approaches, but that our approach is inclusive, fair, and ethical. This special issue addresses both imperatives, and creates a hopeful vision for conservation,” said Dean Robbins, an editor of the special issue.

The Intended Consequences special issue of Conservation Science and Practice includes nearly a dozen scientific articles that explore and explain the need for innovative biotechnology in the fight against biodiversity loss. Additionally, the issue is based around a call to action authored by 46 Intended Consequences Workshop participants who support these emerging tools and technologies.