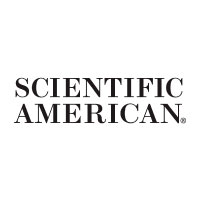 Nelson Institute Dean, Paul Robbins has joined Revive and Restore co-founder and executive director, Ryan Phelan in penning an editorial for Scientific American that focuses on the concept of Intended Consequences. This concept highlights the importance of utilizing innovative methods of biotechnology to intentionally restore genetic diversity. Examples of this work includes the cloning of the black-footed ferret and genetic work to help the American chestnut fight fungal blight, a disease that has killed an estimated four billion American chestnut trees.

Intended Consequences is the culmination of a workshop led by the non-profit organization Revive and Restore. During the workshop, a group of biologists, conservationists, and thought leaders, including Phelan and Robbins voiced their support for Intended Consequences via a statement, with many later contributing to a special issue of Conservation Science and Practice, which outlined a framework for confidently tackling the world’s most urgent conservation problems. Read more.