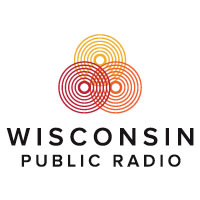 Nelson Institute affiliate and La Follette School of Public Affairs Professor Greg Nemet and Nelson Institute affiliate and Professor, Jonathan Patz are featured in a Wisconsin Public Radio story discussing the future of energy. This discussion was prompted by the U.S. ban on Russian oil imports, which is leading to a larger discussion about the future of energy.

As Nemet explained, the recent ban, coupled with inflation, showcases how a reliance on fossil fuel can impact the economy and the planet. Instead of combatting the current issue by drilling or creating additional fossil fuel infrastructure at home, Nemet said that this is an opportunity to invest in energy that is better for people and the planet. For example, Nemet noted that investing in electric vehicles and battery charging stations rather than technology that relies solely on gas would be a step in the right direction.

Patz, who has previously served as a lead author for the UN panel and the director of the Global Health Institute at UW–Madison, shared why cutting emissions is so important to environmental and human health. Additionally, he joined other health professionals in a call to shift to clean energy. This call-to-action is based on a 2020 study that found clean energy could save 1,900 lives and $21 billion each year.