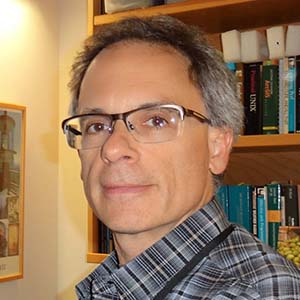 Recent developments indicate that moisture in the lower free troposphere (LFT) strongly affects deep convection. This basic process introduces observational constraints, due challenges in obtaining high-vertical resolution profiles of moisture and temperature in and near convective weather. In addition to identifying layers of influence, such observations would serve as diagnostics for the parameterization of convection in climate and weather forecast models by characterizing the dependence of convection on the humidity-temperature environment.

To address these observational constraints, the STORM-PROBE (Storm Thermodynamic Occultation for the Role of Moisture-Polarimetric Radio OBservations of the Environment) concept will be described. The observing strategy consists of a low-Earth orbiting satellite constellation of GNSS polarimetric radio occultation (PRO) measurements, spaced such that the sequence of observations would capture independent profiles of coordinated temperature, moisture and precipitation within convection and its environment.

Similar to the principle underlying polarimetric weather radars, PRO relies upon hydrometeor shape asymmetry, such that a differential phase time delay is induced between the horizontal- and vertically-polarized radio signals propagating through a precipitation medium, measurable via a polarimetric GNSS antenna.

The PRO concept has been flight-demonstrated by the Radio Occultations and Heavy Precipitation (ROHP) experimental GNSS receiver orbiting onboard the Spanish PAZ satellite since May 2018, and validated using independent data products from the joint NASA/JAXA Global Precipitation Measurement (GPM) mission. Examples and highlights from the past four years of ROHP analysis will be presented, as well as applications for these data in weather modeling.

This seminar can also be viewed via our live stream.