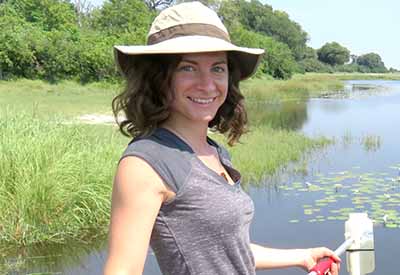 Recent global syntheses of paleoclimate proxy data from the Common Era (about the past 2,000 years) have provided important context for how global temperature varied prior to, and after, the industrial revolution. Synthesizing paleo-hydroclimate data, however, has remained an ongoing challenge due to the complexity of the global water cycle as well as the complexity of hydro-sensitive paleoclimate proxies.

This presentation shares a new effort to evaluate changes in the global water cycle during the Common Era through proxies that track the stable oxygen and hydrogen isotopic composition of environmental waters (e.g., precipitation, lake water, seawater). More than 600 records were compiled from globally distributed, diverse geologic archives such as speleothems, corals, lake and marine sediments, ice cores, and tree rings. We use this compilation to investigate regional to global scale variations in the water cycle during the Common Era, particularly during the last millennium.

We also explore some key regional climate fingerprints in these data, such as from the Pacific Walker Circulation, by complementing our paleodata synthesis with a new analysis of of 20th/21st century stable oxygen isotope measurements in precipitation. Both modern and paleo data offer unique perspectives on how the water cycle behaves as the planet warms and cools.