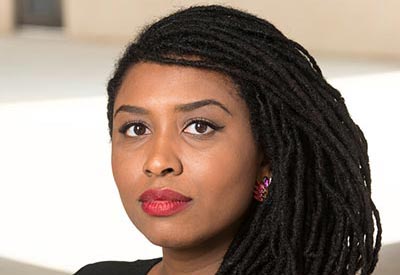 On Measurement: Apparatus and Variable in the Ecology of Race

In Jacques Derrida’s Of Spirit, the late philosopher provocatively asks, “Is a metaphysics of race more or less serious than a naturalism or biologism of race?” My paper will offer a meditation on the material consequences of the metaphysics of race for “the body” by asking another question, “Is ‘the body’ metaphysical?” I will argue that it is and provide an analysis of what metaphysics does to materiality, nature, and biology as well as our conceptualization of these terms. 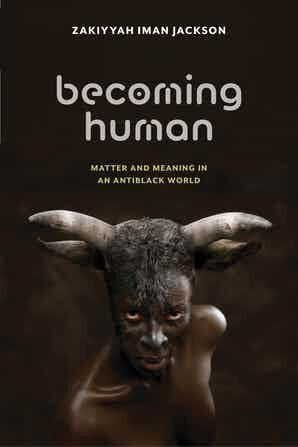 Thinking through the black(ened) zone Hortense Spillers has termed “the flesh,” this paper proceeds by revisiting and elaborating key terms from my book, “Becoming Human: Matter and Meaning in an Antiblack World,” specifically biocentrism, measurement, ecology, variable and apparatus.

Zakiyyah Iman Jackson is associate professor of English at the University of Southern California. Professor Jackson is the author of Becoming Human: Matter and Meaning in an Antiblack World, winner of the Harry Levin First Book Prize from the American Comparative Literature Association and a Lambda Literary Award Finalist for LGBTQ Studies.

Her research explores the literary and figurative aspects of Western philosophical and scientific discourse and investigates the engagement of African diasporic literature, film, and visual art with the historical concerns, knowledge claims, and rhetoric of Western science and philosophy.

Professor Jackson is at work on a second book, tentatively titled “Obscure Light: Blackness and the Derangement of Sex-Gender.” It argues that antiBlackness constitutes the bedrock of modern Western logics of sex-gender in science and philosophical aesthetics and meditates on how its terrorizing vertical orders might be toppled by the transfiguring potentialities of Blackness.

Ultimately, the project provides a critique of biocentrism (or biological reductionism and determinism) and elucidates the indistinction of sex-gender and race.

“Becoming Human: Matter and Meaning in an Antiblack World” is part of NYU Press’s Sexual Cultures series. It argues that key African American, African, and Caribbean literary and visual texts generate conceptions of being and materiality that creatively disrupt a human-animal distinction that persistently reproduces the racial logics and orders of Western thought.

These texts move beyond a critique of bestialization to generate new possibilities for rethinking ontology: our being, fleshly materiality, and the nature of what exists and what we can claim to know about existence.

Jackson argues that the texts and artistic practices featured in “Becoming Human” generate alternative possibilities for reimaging (human) being because they neither rely on animal abjection to define the human, nor reestablish “human recognition” within liberal humanism as an antidote to racialization.

Ultimately, “Becoming Human” reveals the pernicious peculiarity of reigning foundational conceptions of “the human” rooted in Renaissance and Enlightenment humanism and expressed in current multiculturalist alternatives. What emerges from this questioning is a generative, unruly sense of being/knowing/feeling existence.